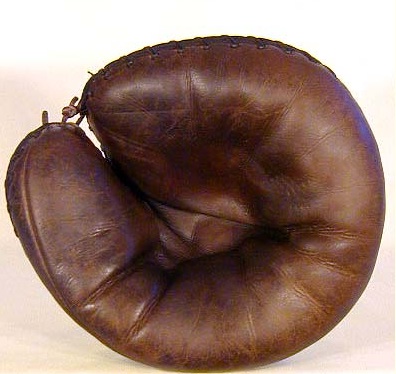 Many Blue Jays fans were disappointed with the play of J.P. Arencibia this season, as he struggled on both sides of the ball for much of the year.  With two of the system's top catching prospects dealt away last off-season, there isn't a lot of depth left to push him.
A.J. Jimenez is the top prospect at the position.  Jimenez missed much of 2012 recovering from Tommy John surgery, and returned to play in May.  After a hot start with the bat at Dunedin and New Hampshire, Jimenez not surprisingly struggled a bit after an August promotion to Buffalo.  His line for the year was a respectable .287/.332/.406.
Jimenez' receiving and throwing skills are his biggest assets.  His arm and footwork are likely major league ready. A converted outfielder, he is very agile behind the plate. Jimenez' defence is what will get him to the majors, but it's still questionable if his bat will keep him there.
And there's not a lot of talent immediately behind Jimenez. Jack Murphy and Sean Ochinko would likely be next in line on the depth chart, but the former struggled with the bat backing up Jimenez at AA, and the latter was suspended late in the season for amphetamine use. Murphy is strictly an org guy, while Ochinko, who seems to have settled behind the plate after spending time at 1st and 3rd in previous seasons, did show some promise with the bat prior to this season.
Below Murphy and Ochinko this season were Derrick Chung and Pierce Rankin at High A.  Chung is a utility-type player who did the majority of the catching for Dunedin.  Chung played at Vancouver last year, but was skipped a level to play in the Florida State League this season. He had a decent year at the plate, hitting .287/.341/.336 - with little pop.  Given his age (25) and size (5'11"), Chung has likely reached his ceiling. Rankin managed only a line of .154/.246/.215 at Dunedin this year.
Santiago Nessy ranked much higher at the start of the year, and the organization skipped him a level to Low A Lansing. Nessy sufferred a concussion sliding into 2nd on April 24th, and was out of the lineup for over a month.  When he returned, Nessy had some hamstring issues that combined with the rust caused him to struggle both at the plate and behind it.  He finished strong in August, with a .280/.302/.342 line, to boost his season totals to .241/.293/.375.
Nessy played the whole season at 20 years of age, and was one of the youngest players on the Lansing roster.  He's 6'2", 230, and has the size and physique you look for in a catcher.  Nessy is given high marks for his attitude, work ethic, and handling of a pitching staff.  He will be headed to Instructs later this month to make up for some lost time, and get some further tutelage under Jays catching instructor Sal Fasano.  Nessy could easily rocket through the system with a strong season next year, likely starting at High A.
Below Nessy in the pecking order is Vancouver's Mike Reeves.  The Peterborough, ON, native formed an all-Canadian battery with Ladner, BC's Tom Robson to get the victory in the deciding game of the Northwest League final.  Reeves was a 21st round pick in June's draft out of Florida Gulf Coast (who had a remarkable run in the NCAA Men's March Madness tourney), and by all accounts was a pleasant surprise, hitting .275/.374/.321 totals in short season ball.  Reeves still has some work to do defensively.  He is tall, lean, and athletic, and pops out of his crouch quickly to release throws to 2nd, but accuracy is still developing, as is his game-calling ability.  We'll have a better read on Reeves next year, when he likely will advance to full season Lansing.
Daniel Klein probably figures somewhere just below Reeves.  Klein repeated Vancouver to open the season, but was promoted to Lansing in July.  He hit .218/.273/.419 between the two levels. Klein has good defensive skills, but hasn't done much offensively since being drafted in the 28th round out of Kansas State in June of 2012.  The promotion may have been more of a fresh start type of advancement.  He backed up Nessy at Lansing, but did show a little more with the bat.
Bluefield had a trio of catchers split the work between them this season.  Jorge Saez, a 2012 32 round pick from Lee University, had the bulk of the load, and showed the most in terms of offence (.247/.311/.348), and was acknowledged as one of the leaders on a team that made the playoffs, and had the 2nd-best team ERA in the league. John Silviano hit a monster home run earlier in the season, but is strictly an org guy.  Garret Custons, drafted out of the Air Force Academy in the 10th round, signed for $1000, and appeared in 17 Appy League games before heading off to honour his service committment.
At the bottom of the list would be the GCL and DCL catchers.  Of these, only Andres Sotillo and Daniel Jansen would be the only ones who provided enough of a sample size to pass any judgements on.  Sotillo started with the GCL Jays, and was promoted to Bluefield in August, where he spelled Saez.  Between the two levels, Sotillo hit .273/.350/.330.  Jansen, a 16th round draft choice out of Wisconsin high school in June, was the youngest of the trio, and while he struggled a bit with the bat, especially in the heat of August in Florida, he is considered a prospect. Jim Callis, formerly of Baseball America, labelled Jansen a "sleeper," and termed him a "a physical player with arm strength and power potential."
One intriguing prospect is Javier Hernandez, who hit only .223/.295/.255 in the DSL, but he only turned 17 part way through the season.