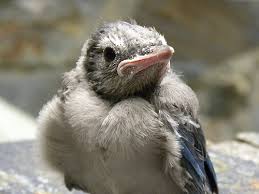 When looking at a farm system, it's useful to group its prospects into three broad categories, all based on major league readiness.  There's close to ready, for prospects who have either had a brief taste of the majors, or have fared well at AAA (or maybe even AA, since many teams like to skip their top prospects to the bigs from there).  Then there's not-quite-ready, the level for prospects who likely need at least another year (or more) of seasoning, followed by the not ready level - for prospects who show signs of hope, but are still several seasons away.
We've looked at the top prospects in the Blue Jays system by these three categories, with some comments. We've decided to exclude players like Anthony Gose, Moises Sierra, and Kevin Pillar, who have had varying trials of at least a month.

Much has been made of the fact that Jimenez appears ready defensively, but not with the bat.  He put up decent minor league numbers at 2 levels this year, but that was mostly fueled by a strong start.  There are whispers that he is becoming somewhat injury prone, as well.  With Dionner Navarro, Eric Kratz, and Josh Thole ahead of him on the depth chart, Jimenez likely needs more seasoning at Buffalo.
Stroman might make the team out of spring training, although the club doesn't need to rush to put him on the 40 man, and might keep him at Buffalo for a half season.  Nolin appears on the verge of earning a job in the big league rotation if he has a strong spring.  Stilson likely makes the team if the club deals some of its bullpen depth at the upcoming winter meetings.

Sanchez will be challenged by a promotion to AA this season, and while there have been concerns about his delivery and his control, he seems poised to take off.  He is still at the stage where the club will be limiting his pitches and innings, but more will be expected this season.  Burns made huge strides this season, but will likely spend the year at Buffalo, working on playing a variety of positions.  Wilson had a bounce back year, but needs more seasoning at AAA.  Norris, Pompey, and Smith are a bit further away, and will play at High A next year.  We can see Norris getting a mid season promotion if he continues to progress as he did last year.  Even though he's been a disappointment, we can't give up on former 1st round pick McGuire just yet.  The forgotten man of most prospect lists, he showed signs of putting things together at New Hampshire last year, and while it's a bit of a longshot, we won't be all that surprised if he lives up to his promise at Buffalo this year.

It's not hard to see that the true strength of the system lies below High A.  We've lumped Osuna in this group, because he won't be pitching again until August, and will likely be at the rookie level.  So, he may be starting all over again in A ball in 2015.  There are some intriguing prospects in this lot, starting with Barreto.  He's one of several shortstops who aren't projected to stay at that position.  Lugo likely will shift to 3rd, while scouts say that Urena is the true shortstop of the group. Tirado made our top 10 list, but may not even progress to full season ball in 2014.  Robson and Dawson are Western Canadians who probably will.
Some top prospect lists had Nay ranked high, although there are doubts about his defence, and his speed is already below average.  Tellez is the prospect we're most excited about, and wanted to rank him in our top 10, but there's not enough of a body of work to go on to put him there yet.  Smoral and Cardona are long term projects who didn't progress as much as we thought they would this year.  Castro is intriguing, but like Tellez, has only a small sample size to evaluate him on.  DeJong's fastball has not quite shown up yet, but is still well regarded by scouts.
It's easy to see some of this depth being used in trade talks at next year's winter meetings.
Posted by Clutchlings at 11:18 AM