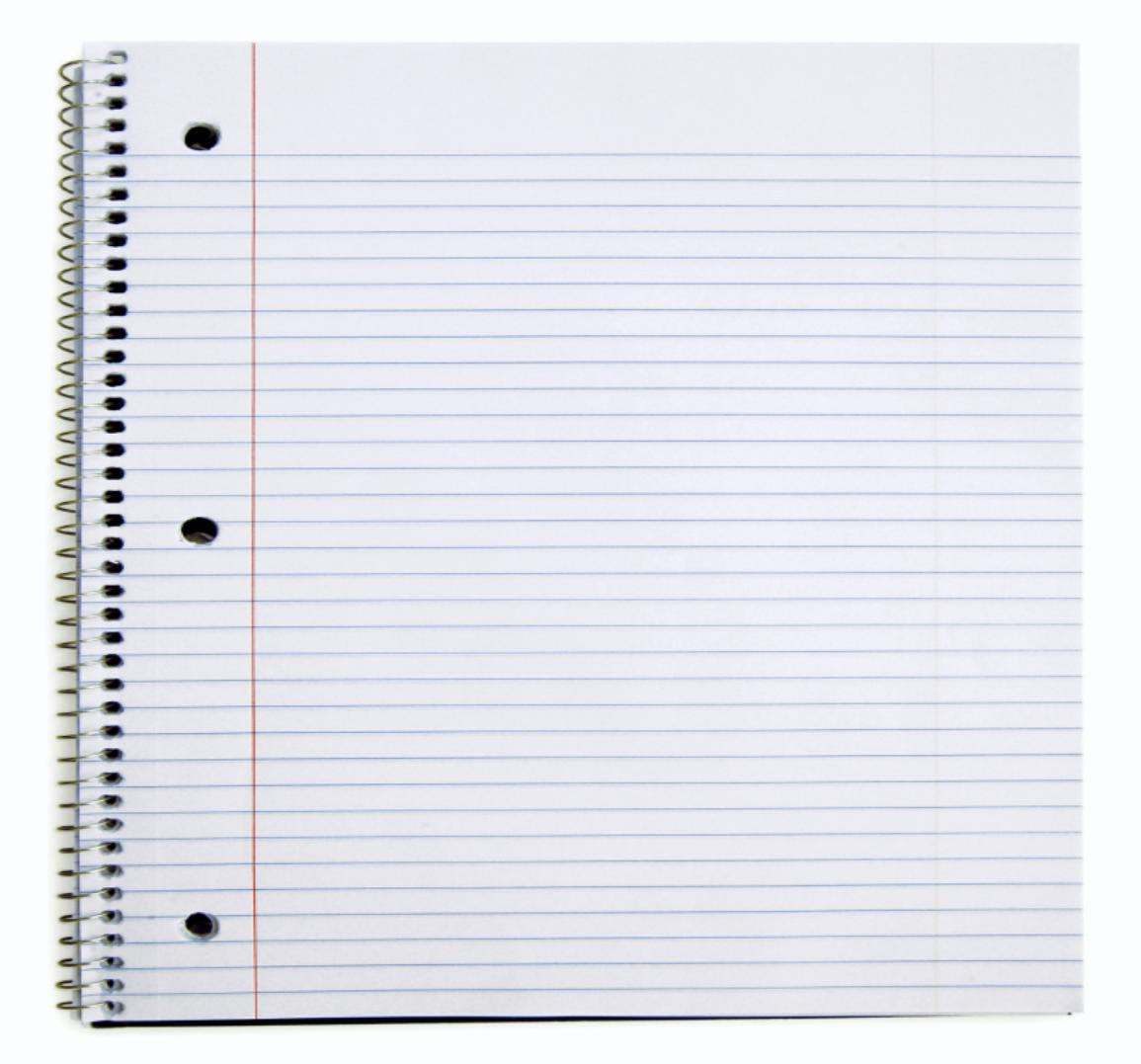 Some news and views from a weekend of watching Blue Jays minor league affiliates across America....

Ok, it started on Thursday, and it was hard not to be glued to the MLB draft.  As many had predicted, the Jays were in a bit of a gambling mood, and took ECU righthander Jeff Hoffman with the 9th pick.  Hoffman had just started to gain some separation from the rest of the pack with the top group in the draft. when he was diagnosed with a torn UCL in early May, which resulted in Tommy John surgery.  With the 11th pick, they passed on Florida HS pitcher Touki Toussaint, and went with Kennesaw St C Max Pentecost (who will likely be added to what will already be a strong Vancouver roster).
With their 2nd round pick, the Jays took a different Florida prep pitcher, righthander Sean Reid-Foley, who had been projected as a possible late first round pick, but who may have slipped due to signability concerns.  The club likely will get a discount on Hoffman's bonus to help dissuade Reid-Foley from his commitment to Florida State.
Jim Callis of MLB.com liked the Jays' draft,  calling theirs the best out of all 30 teams, at first look.  With Hoffman, Pentecost, and Reid-Foley, they were the only team to select 3 of MLBpipeline's top 20 prospects.
We will look at the Blue Jays' picks in detail later, but we did notice that they abandoned their practice of drafting college seniors in rounds 4 through 10.  In the past two drafts, they have selected mostly organization guys with those picks, and signed them to ridiculously low bonuses, using the savings to sign lower picks whose stock had fallen.

We just learned via Charlie Caskey, who must check the Vancouver Canadians roster online on an hourly basis, that Lansing righthander Alberto Tirado has been transferred to the C's roster.  This move is not surprising, given that after a decent start, Tirado has had huge struggles in his first year of full season ball.  On the year, he's 1-2 with a 6.30 ERA, and has walked 39 in 40 innings.  He's been hit hard in 2 of his last 3 starts.  Tirado doesn't turn 20 until December, so this move makes plenty of sense.  The Blue Jays challenged Tirado by starting him in full season ball, but he proved he's not quite ready for it.  Tirado joins a rotation that will include former Lansing teammate Jairo Labourt, and according to Caskey's sources, Miguel Castro.  It hasn't been confirmed, but Caskey is convinced that much-hyped prospects Frankie Barreto and Rowdy Tellez will also be on the C's roster.  With play in short season leagues starting this week, we'll find out soon enough, but it's promising to be an exciting summer in the Lower Mainland - one could even picture Pentecost catching those young starters.
The Jays challenged a number of their young pitchers with Lansing assignments, with mixed results.  Labourt was sent back to extended spring training at the end of April, pitcher Adonys Cardona broke the olecranon bone at the end of his elbow, and is done for the year.  Tom Robson is presumably rehabbing an elbow or shoulder injury in Florida.  On the plus side, Chase DeJong has been roughed up a bit, but seems to be settling down nicely (four unearned runs in his last start, but 5 Ks), Shane Dawson, whose season debut was delayed by injury, has pitched well of late, and Jeremy Gabryszwski hasn't given up a run in his last two starts, and struck out a career high 9 in 6 innings in his last start.  There were concerns that he wasn't missing many bats earlier in the season, but Gabryszwski has started striking out more batters - 15 in those last two starts.

It was quite the week for Deck McGuire.  The 2010 First round pick has been lights out since his promotion to AAA Buffalo.  In 3 starts, he's 2-0 with a 2.29 ERA, striking out 10 Toledo Mud Hens in his last start.
Over his last 19 starts, dating back to the start of August, McGuire has turned from disappointment to prospect, going 9-5 with a 2.86 ERA.  McGuire has been pounding the strike zone down low with his fastball, and has had excellent command of his curve and slider.  He has elbowed his way back into consideration for a promotion to the bigs in the event of an injury.
McGuire's contribution, along with the return of lefthander Sean Nolin, has helped immensely for Buffalo, who lost three pitchers last Sunday.  Ricky Romero left the game in the 4th inning with a right leg strain, while reliever Rob Rasmussen, who impressed in a brief stint with the Jays, was hit in the left arm with a line drive in the 7th, while closer Neil Wagner felt some forearm tightness before wild-pitching home the winning run for Syracuse.

While we had said a few weeks ago that we're not going to obsess over the minutiae of each Aaron Sanchez start,  we're really pleased that his last two have been good ones, after battling some serious command issues for much of May.  In his start on Sunday,  he pitched into the 7th inning for only the second time this season, and had his longest outing of the year, lasting 6.2 against Erie, giving up 4 hits and only 1 run, striking out 7, and more importantly, walking only 1.  He stayed in the game after taking a line drive off of his shin.
Many pundits suggest that the Jays are only a starting pitcher away from having a serious shot at a World Series title, and it's likely that if the club is thinking the same way,  Sanchez will probably be part of the asking price
After a month where Sanchez's New Hampshire Fisher Cats club had a difficult time, going 9-22, they revamped their roster somewhat, brining in journeymen like Radhames Liz, PJ Walters, and Hector Gimenez to bolster a young roster, and it has worked, with the Fisher Cats reeling off 5 wins in a row to start June.  After the Florida State League All-Star Game, however, we suspect some Dunedin Blue Jays, such as Daniel Norris, Dalton Pompey,  and Derrick Chung may be promoted to AA.

We took a van load of colleagues down to watch the Jays and Cards on Friday night, and we came away with a couple of observations:

-does the City of Toronto really care about people from north of the city who are trying to access the downtown ?  Coming down the 400, we weighed our options: the closed Gardiner ruled out the 427 option; a huge back up a the intersection of the 400 and 401 took away the possibility of either parking at Yorkdale, or going down Avenue Rd/University Ave - Allen Rd was out, because of the LRT construction on Eglinton.
So, that left us with Black Creek as the best option.  Except that there was construction there, too.  Not to mention all the construction around the Dome, which meant a long wait in traffic getting out of the city.
-even though we're a looooong way from the action, sitting in the 500s, particularly anywhere between first base and third, is still a great way to view the game.  From our experience, there are more diehard fans in the 500s, who don't have corporate giveaways, or tickets from a season holder friend.  As a result, many actually watch the game, and we found that we're not up and down as much with people coming back from the concessions multiple times per game.  With the safety railing in front of us, we actually have an unobstructed view, too.  Of the 35 000 in attendance at the game, we would bet half were up in the nosebleeds with us.