Hurricane Anthony Alford: Why Do You Taunt Us? 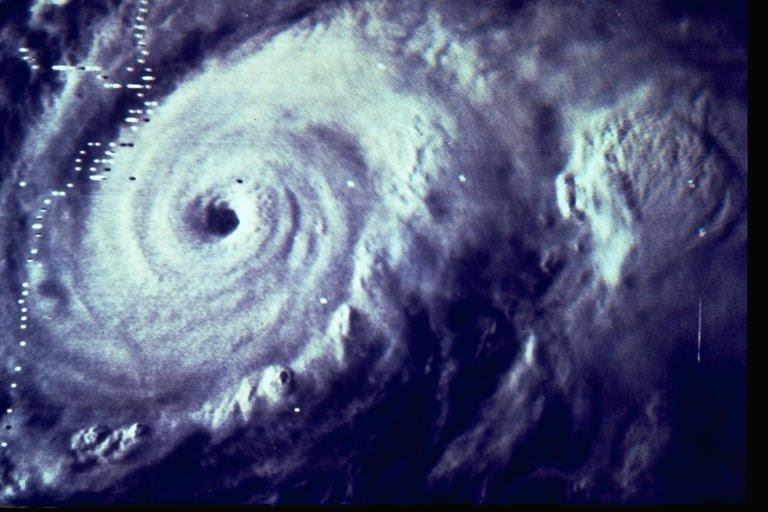 Like a late summer hurricane, Blue Jays two-sport star Anthony Alford has come and gone.  There was much eager anticipation for his arrival,  but he came and left in a whirlwind, and we're all left to try to put the pieces together in his wake.
The Blue Jays gambled on Alford with a $750 000 signing bonus after selecting him in the 3rd round of the 2012 draft.  Considered a fringy first round pick that year, teams were no doubt scared off by his desire to play Quarterback for Southern Mississippi, even though he was a four-year baseball starter at Petal HS. Alford played in 5 GCL games that summer, giving the briefest glimpses of his five-tool potential by knocking one homer and stealing five bases in that limited action.
The 2012 college football season was a disaster for both Alford and the Golden Eagles, who went 0-12.
Alford was arrested with aggravated assault after allegedly taking out a gun in an on-campus dispute.  The charges were dropped the next day and replaced with less serious ones, but the net result was that Alford left the school, and enrolled at Ole Miss for the following year.
Alford returned for another week's worth of GCL action  last year before returning to Ole Miss, where he had to sit out a season, as per NCAA transfer rules.  Alford reported to extended spring training once again in early June of this year, and was assigned to rookie-level Bluefield in mid-June.
In his first shot at "under the lights" ball, with crowds and travel on a small scale,  Alford hit .209/.343/.310, with a stolen base.  That earned him a promotion to low A Lansing, where he put his prodigious baseball talents on display for the first time in his fledgling pro career.
In one week, Alford hit .320/.320/.480, with a home run and four stolen bases. Included in that small sample were nights of 2-5 and 4-6.  Fellow Mississippian DJ Davis, showing a glimpse of his own potential after being dropped to second in the order, was 4-14 hitting behind Alford, no doubt seeing a lot of fastballs when the footballer was on base.  After 5 games, he was gone, back to Mississippi to get married, and prepare for the upcoming football season.
With three seasons of college football eligibility remaining, the Jays don't have to place Alford on the 40-man roster for purposes of protecting him from the Rule 5 draft until after the 2016 season.  Which means that we likely will have at least two more of these summers to endure.  Granted, we didn't see a whole lot his first two, but Alford turned a lot of heads in a very short time this summer.  We had thought that his limited baseball action (59 PAs in 3 seasons) would see Alford overmatched at Lansing.  To be sure, his lack of experience showed with 8 strikeouts in 25 at bats, including the Golden Sombrero in his last game, but Alford held his own against competition far beyond anything he had faced before.
Why do the Blue Jays continue to allow this?  We can think of 750 000 reasons.  The club has an investment in him, and as long as he's willing to cram five weeks of baseball into his year, the organization is content to let him, hoping at some point he will see the light, and realize that his path to the pros might be faster and more likely through baseball.  There is no position player in the system with Alford's combination of speed and power.  He's basically already been paid for, so why not give him two more summers?
But what are Alford's football prospects like?  As a high schooler, he was rated the #2 HS QB in the state, and one of the top recruits in the country.  After his Southern Miss debacle, Alford switched to Safety at Ole Miss, and is part of a deep defensive backfield for the Rebs.  He's in a fight to earn a starting job, but is considered one of the most athletic players on the team, just as he's considered the best athlete in the Blue Jays system.  As he proved last week in Lansing, he's a quick study, and a year of no football and learning a new position may not be insurmountable for him.  We should have a better idea by the end of the season how well he's taken to the new position, and what his future may hold.
Alford is still very young (he won't turn 20 until later this month), and the Blue Jays obviously are willing to wait for him, even if he successfully goes the pro football route.  We haven't seen the last of Hurricane Anthony.
Alford hit a monstrous home run against Great Lakes that was best described by Lugnuts' broadcaster Jesse Goldberg-Strassler:

Jesse G-S‏@jgoldstrass
I'm not sure we can properly illustrate how far Anthony Alford's HR traveled... but it cut in front of a few kids in line at the moonbounce.
Posted by Clutchlings at 5:48 PM