The History of Minor League Baseball: Restructuring and Decline 1962-1991 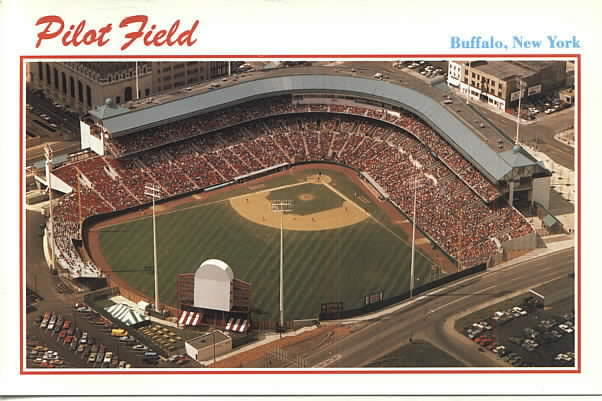 Minor league baseball entered the 1960s now completely dependent on support from the major leagues in order to survive.  Television and expansion had eroded and/or taken away the biggest minor league markets.
Attendance continued its steep decline from the mid 1950s, and by 1962, the National Association had shrunk to 20 leagues and 132 clubs.
With the folding of so many teams and leagues, another reorganization of the minor league classification system was necessary by 1963, leaving us with something looking very much like the system we have today:
At the top was Triple A, followed by Double A and Single A leagues.  A rookie level was created below that for players in their first year of pro ball. All levels below Class A were disbanded, with some of the leagues joining the new classifications.
A new Player Development plan was implemented, whereby major league teams agreed to financially support at least 5 minor league teams by subsidizing player salaries, team travel expenses, and club officials' salaries.
The number of leagues stayed fairly stable for much of this time period. The number of teams grew modestly after rounds of expansion in 1969 and 1976.  For their part, major league teams likely appreciated the lower expense of maintaining five or six teams, as opposed to the empires of upwards of 20 teams clubs like the Dodgers and Yankees owned all or part of in the 30s and 40s.
Marketing was not nearly as intensive as it is for minor league teams now. In 1971, for example, the Philadelphia Phillies had 6 farm teams, with 5 of them using the Phillies nickname.  Similarly, teams invested little in stadium infrastructure, with many teams playing in municipally-owned facilities that dated back to the 30s or 40s.
As a result, there were many who felt that the lower levels of minor league ball might not survive, and might even be replaced by college baseball, which had steadily been growing in popularity in the 60s and 70s.
With the outlook bleak, something remarkable happened: minor league baseball experienced a huge turnaround and a resulting boom in the 1980s.  Many point to Buffalo as being the turning point.  The city lost a major league expansion franchise because of the stadium they were to play in, aging War Memorial, built in 1937, and expanded many times over the years.
The stadium (known not always affectionately as The Rockpile) fell into rapid decline in the 1970s, when the NFL Bills vacated War Memorial for suburban Rich Stadium, because the stadium was deemed unacceptable by the terms of the NLF-AFL merger.  Buffalo businessman Robert Rich, Jr, in a bout of civic pride, built downtown Pilot Field to house the International League's Bisons.  In 1988, the Bisons shattered the minor league single-season attendance mark, drawing over 1 million fans.  That same year, the Kevin Costner blockbuster Bull Durham brought renewed interest in minor league baseball.
A new round of stadium construction across the NAPBL soon followed, and the stage was set for another rebirth and re-emergence of the minor leagues.
Posted by Clutchlings at 1:05 PM