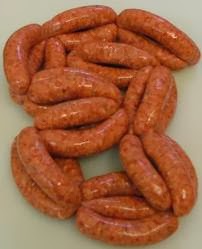 Twitter is such a goldmine of virutally any kind of information one could imagine.  In our case, of course, it's baseball-related in general, and prospect-focused in particular.  We thought that we would share a couple of great links to articles we really enjoyed this weekend.

The first is an article written by Rany Jazayerli of Grantland.com.  Jazayerli is one of the founders of Baseball Prospectus, and is one of my favourite baseball writers.  He's also a dermatologist, presumably in his spare time.   Jazayerli took a look at the Cardinals' record of player development over the past dozen years, and to no one's suprise, discovers it's not a coincidence that the Cards are in the post-season again.  Jazayerli looks back at a decade of successful drafting and development, and observes that:
...the Cardinals are deep into their success cycle: This is their 13th winning record and 10th playoff team of the past 14 years. By all rights, the pressures of winning every year should have eroded the team's foundation of young talent, as the need to win right now, year after year, should have forced the Cardinals to trade prospects to keep the good times rolling. And it ought to have been difficult to develop prospects in the first place given that the Cardinals' success has forced them to draft late in the first round every year.
That the Cards haven't folded Jazayerli credits to the hiring of Jeff Luhnow as scouting director in 2005.  Luhnow, now the Astros GM, was an unknown in 2005, but brought an analytical (sabermetrical?) approach that caused tension in the St Louis front office, but has brought unmatched success to the Gateway City.18 of the current players on the Cards' pre-playoff 25 man roster are homegrown, and they manage to stay between 8th and 11th in payroll almost every year.  As a result,
Since 2000, the Cardinals have been to more League Championship Series than any other franchise and more World Series than any other franchise, and they're four games (make that two, now) away from winning more world championships than any other franchise in that time.

In another article, Sports Illustrated writer Joe Posnanski, concerned about the future of the game, has posed a series of major changes to baseball.
In this blog post, he suggests "freeing" the minor leagues.  Baseball, according to the ratings, has become much more of a regional sport.  And that, combined with the pace of play and late World Series game starts, Posnanski observes, means that more people watched the Thursday episode of The Big Bang Theory than Game #2 of the Series.
Posnanski is not the first to propose cutting the minor league's shackles:  it goes back at least as far as Bill James.  In the glory days of the minor leagues (pre World War II, pre Branch Rickey), the minors truly were "free".
As James observed in his Historical Baseball Abstract:
The minor leagues did not start out as what they are.  By a long series of actions and agreements, inducements, and rewards, the minor leagues were reduced in tiny degrees from entirely independent sovereignties into vassal states, existing only to serve the needs of major league baseball.

The White Sox make every single determination about the Charlotte Knights. They decide who plays in Charlotte and who doesn’t. They decide how many pitches each Charlotte pitcher throws and what positions each Charlotte player plays. If a player is hitting well, they will take that player away. If a pitcher is pitching well, they will take that player away. If a pitcher is throwing a two-hit shutout and he reaches his pitch-limit, they will take him out in the middle of an at-bat. If a player is having trouble bunting, they will have him bunt in bizarre situations. If a pitcher is working on developing a change-up, they will have throw it even if he can’t get hitters out. If the Knights have an excellent shortstop but the parent team already has one — they will move that shortstop to second or third base without thinking twice. If there’s a super exciting prospect in Class AA, there’s a good chance he will skip right over Charlotte.

So, Posanski theorizes, free the minor leagues from this servitude, and baseball will turn back into more of a national game. Unfortunately, he doesn't pose any viable means for this to happen.  He does suggest letting colleges develop players as they do for the NFL and NBA, but acknowledges that it's unlikely a tradition of player development that is 70 years old will be replaced in such a manner.
Food for thought, anyway.
Lastly, we inlcude a link to a New York Times article about a bet on the 1946 Cards-Red Sox World Series that two American clergymen assigned to provide spiritual assistance to high-ranking former Nazi officers at the Nuremberg War Trials had placed as a diversion to the grim task they faced.  The article concludes with the oft-repeated allegation that Sox 2nd Baseman Johnny Pesky held onto the ball, while the Cards Enos Slaughter raced from first to home on the winning hit.  This has been refuted by many, most recently Posanski in another blog post.
Posted by Clutchlings at 12:24 PM