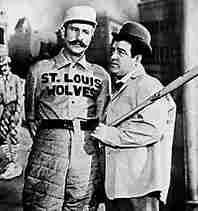 Our analysis of the Blue Jays 3rd base prospects will be a bit slimmer than our previous profiles, mainly because there are fewer candidates to evaluate. Since players shift positions throughout the low minors, this isn't a huge surprise.

Veteran Andy Laroche manned 3rd for Buffalo this year, and was called up for one game by the big club.
He hit .271/.339/.422, but his last meaningful big league stint was in 2009. At 30, his major league prospects are dim.  He was granted free agency status by the club at the end of the season.

Andy Burns struggled through most of his first two years in pro ball, but found himself this year.  He hit an impressive .327/.383/.524 for Dunedin, before being called up to AA New Hampshire.  Predictably, Burns struggled at the higher level, but hit .300 in August to bring his line up to .253/.346/.419. Throw in 33-47 in stoeln bases between the two levels, and you're looking at a good blend of speed and agility which should translate into plus defence.  Some have made a comp with Brett Lawrie .Burns spent much of 2012 with Lansing at shortstop, but he played primarily at 3rd this year.  He has headed to Arizona, where he'll join a large Jays contigent in the AFL.  Burns has been making up for lost time since having to sit out his senior year of college ball after transferring from Kentucky to Arizona.

The promotion of Burns to AA created an opening at Dunedin for Gustavo Pierre, who moved up from Lansing after a torrid May.  Originally signed as a shortstop at 16, Pierre has been moved slowly up the ladder, and was repeating Lansing for the second time, having been shifted to 3rd along the way.  He was named Topps' MWL player of the month for May, hitting .391 with 2 homeruns and 16 RBI.  Pierre too struggled after his promotion, finishing .210/.219/.318 for the D-Jays.  A huge concern is Pierre's strike zone judgement - he walked only 4 times in 428 minor league at bats this season, while striking out 128 times.  At 21, even though his ability to draw a walk has hovered at about 5% throughout his milb career, it's hard to see much of a turnaround on the horizon.

Third for Vancouver was manned mostly by Justin Atkinson and Andy Fermin during the regular season.  Atkinson, a Surrey, BC, native hit .230/.322/.289 for the C's, while Fermin filled more of a utility role, playing 3rd, 2nd, and DH, and moving to the outfield for the playoffs.  Fermin hit .274/.350/.358.  The biggest plus in Atkinson's favour is likely the fact that he's only 20, and given that he played BC high school ball, is still a bit behind his peers in terms of development.  Fermin, at 24, has to be considered an org guy, although a useful one, given the number of positions he can play.

Mitch Nay, who made the Appy League All-Star team at 3rd while playing for Bluefield, capped off a great pro debut season by being named the Northwest league's playoff MVP, after being promoted to Vancouver late in the season.  The 2012 sandwich rounder didn't make his pro debut until this year, but has quickly made up for lost time.  Nay hit .300/.364/.426 for Bluefield.  Inserted into the #3 slot in the Canadians batting order, he didn't skip a beat in the NWL playoffs.  The grandson of a former major leaguer, Nay is one to watch.

Edwin Fuentes played the majority of the games at 3rd for the GCL Jays, and didn't distinguish himself much at the plate.  Having just turned 19, he has plenty of time to develop.