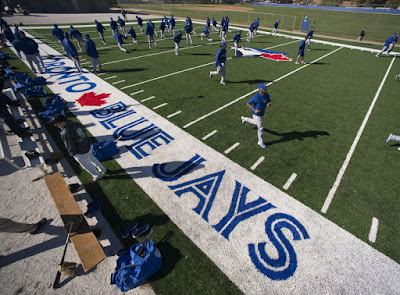 The Toronto Blue Jays and the City of Dunedin are about to become one step closer to realizing a plan to keep the team in the only spring training home they’ve ever known.


After two years of negotiations, the two sides reached a deal last fall that would bring about significant upgrades to the Blue Jays minor league complex, and Florida Auto Exchange Stadium, home of Toronto’s spring training games, and the Dunedin Blue Jays of the Class A Advanced Florida State League.


In a perfect world, the Blue Jays would prefer to have the stadium and minor league complex, which are separated by about a ten-minute drive, under one roof.  Blue Jays President Mark Shapiro told the Tampa Bay Times  in September that while a one-stop facility would be ideal, the team’s greatest need is for a year-round, state-of-the-art facility, which this deal ensures.  “You never make deals and achieve an ideal state,” he told the Times, “but once we had time to thoroughly assess Dunedin as a partner, the benefits far outweighed everything else.”


The cost of the upgrades will come in at around $81 million.  Pinellas County will contribute $46 million of that total, much of which will come from a 6% local hotel bed tax.  The team will kick in $15.6 million, and the City has applied for funding for its share ($5.6 million).  Dunedin is eligible for matching funds from the State of Florida for up to $20 million.  Dunedin applied to the County for funding, and sources close to the situation indicated that things look good for their application to be approved shortly.  Only a handful of other applications were received, and for amounts significantly less than Dunedin is seeking.


The upgrades will occur at the minor league complex, which will be significantly renovated to provide medical, training, and locker facilities for up to 250 players.  It is hoped that bids to renovate FAES will be out before summer.  Construction would start there once the Florida State League season ends in September, with renovations to be complete by 2019.  The D-Jays will have to relocate to another stadium for the 2018 season, likely to one of the other spring training stadiums in the area.


The economic impact of spring training to Dunedin has been pegged at $70 million.  There is a 40-year history between the city and the Blue Jays, and many Canadians have purchased real estate in the area.  The Blue Jays had entered talks with the Astros about combining on a new facility in Palm Beach Gardens, but opted out of those discussions to focus on renewing their deal with Dunedin, which was set to expire this spring.  The new deal will keep the team on the Gulf Coast for another 25 years.

Posted by Clutchlings at 2:27 PM